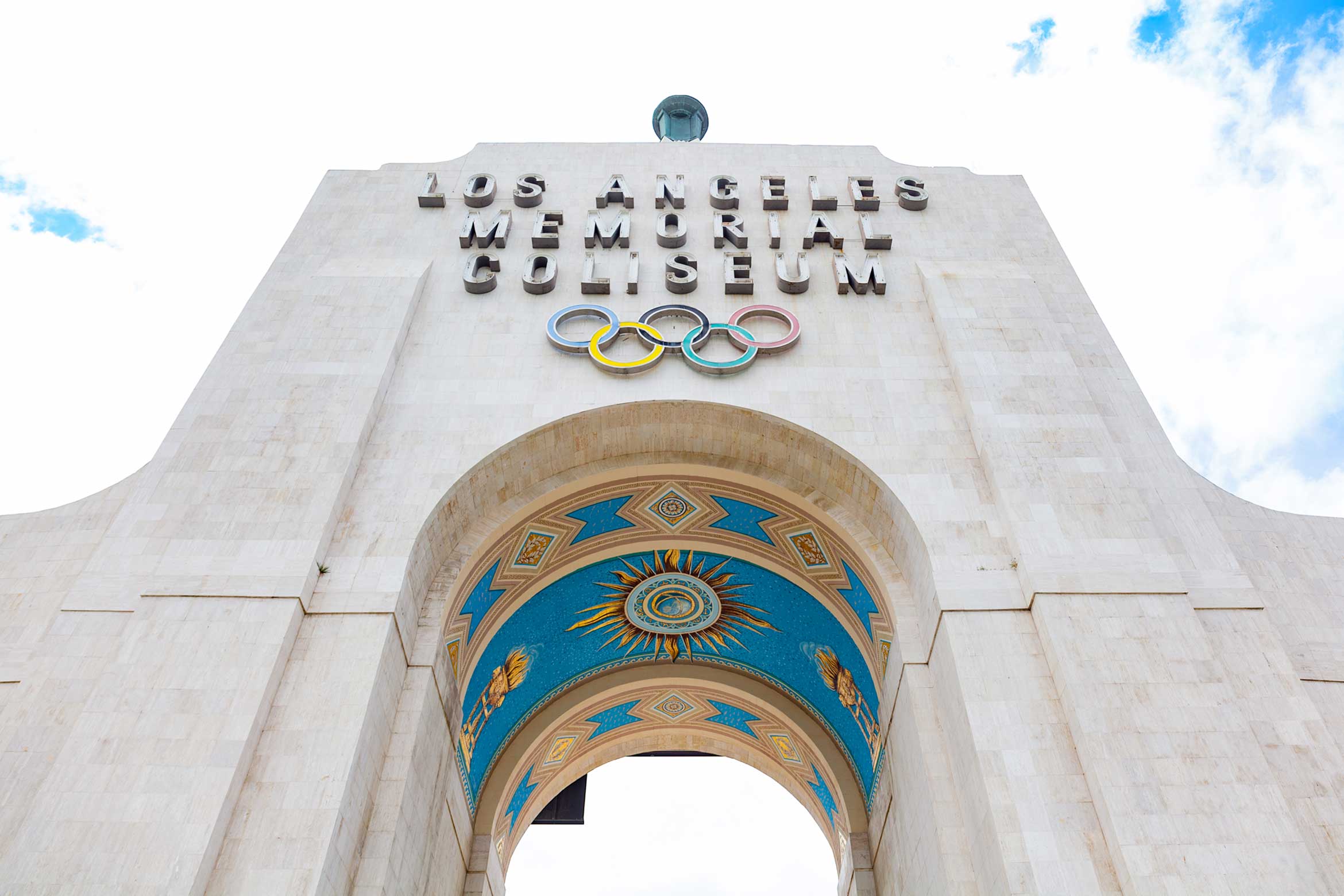 When people think of the Coliseum Peristyle, they think of the travertine structure you see dominating Expo Park, or the flame flickering above the Olympic cauldron. However, during the Peristyle restoration we uncovered an interesting story about a lesser known feature undergoing refurbishment – the mystery mural.

For years rumors raged about the age and origin of this aging mural; was it from the original construction in 1923? Was it completed for the 1932 Olympics, or is it more recent than that? And who was the artist?

After a little research, it turns out Heinz Rosien painted the mural in 1969 in preparation for Los Angeles’ bid for the 1976 Olympics – a bid that Montreal went on to win, with Los Angeles hosting the 1984 Olympics.

The unique location and shape of the peristyle arch made the original painting of the mural difficult; it is quite high, curved, and unlike most murals it is outside, so lighting and weather conditions all played a part.

The same difficulties were faced by the team from Aneta Zebala Painting Conservation who have been working since March to return the mural to its former glory. We spoke with them just days before they finished the mural restoration about the challenges caused years of exposure to the elements – water damage, heat, sunlight, earthquakes etc.

Below is a before and after of the renewed mural. We think it looks stunning, and we cannot wait to open the doors in August to the revamped Los Angeles Memorial Coliseum so you can see it for yourself!

Previous Soccer at the Coliseum