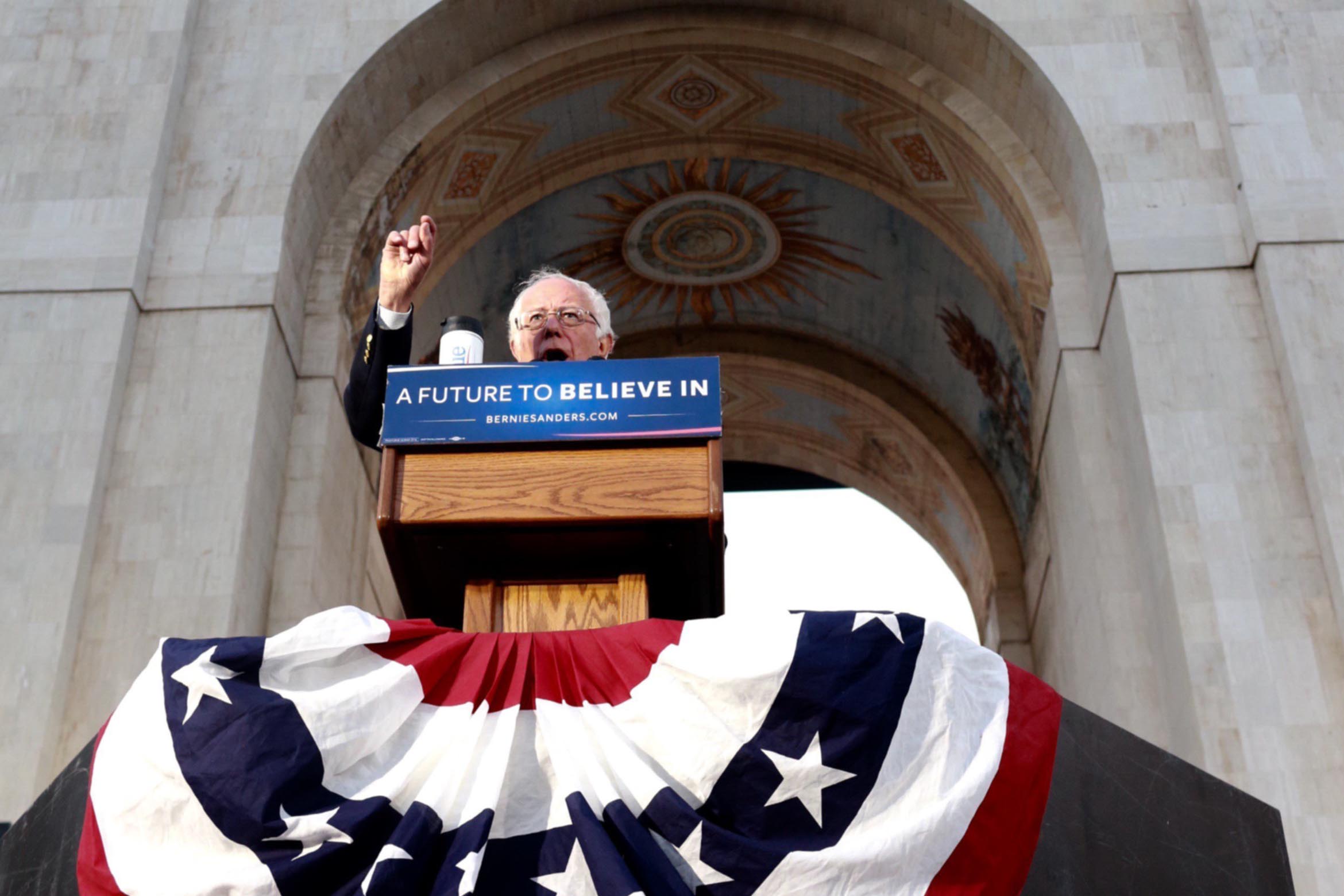 From a stage framed by the burning Olympic torch atop the Los Angeles Memorial Coliseum’s peristyle arch, U.S. Senator Bernie Sanders held a rally Saturday, June 4th, saying that he is the Democrats’ best choice to defeat Republican Donald Trump this November.

Sanders addressed over 13,500 cheering supporters that covered the Coliseum’s Olympic Plaza on the final weekend before California Democrats go to the polls to elect 475 pledged delegates, June 7th.

Since mid-May he has drawn large crowds, more than 211,000 Californians to hear him at rallies, as at the Los Angeles Coliseum.

“Our campaign has the energy, the grassroots activism to make certain that in November we have a large voter turnout. And when people have something to vote for rather than just against, progressives and Democrats win.”