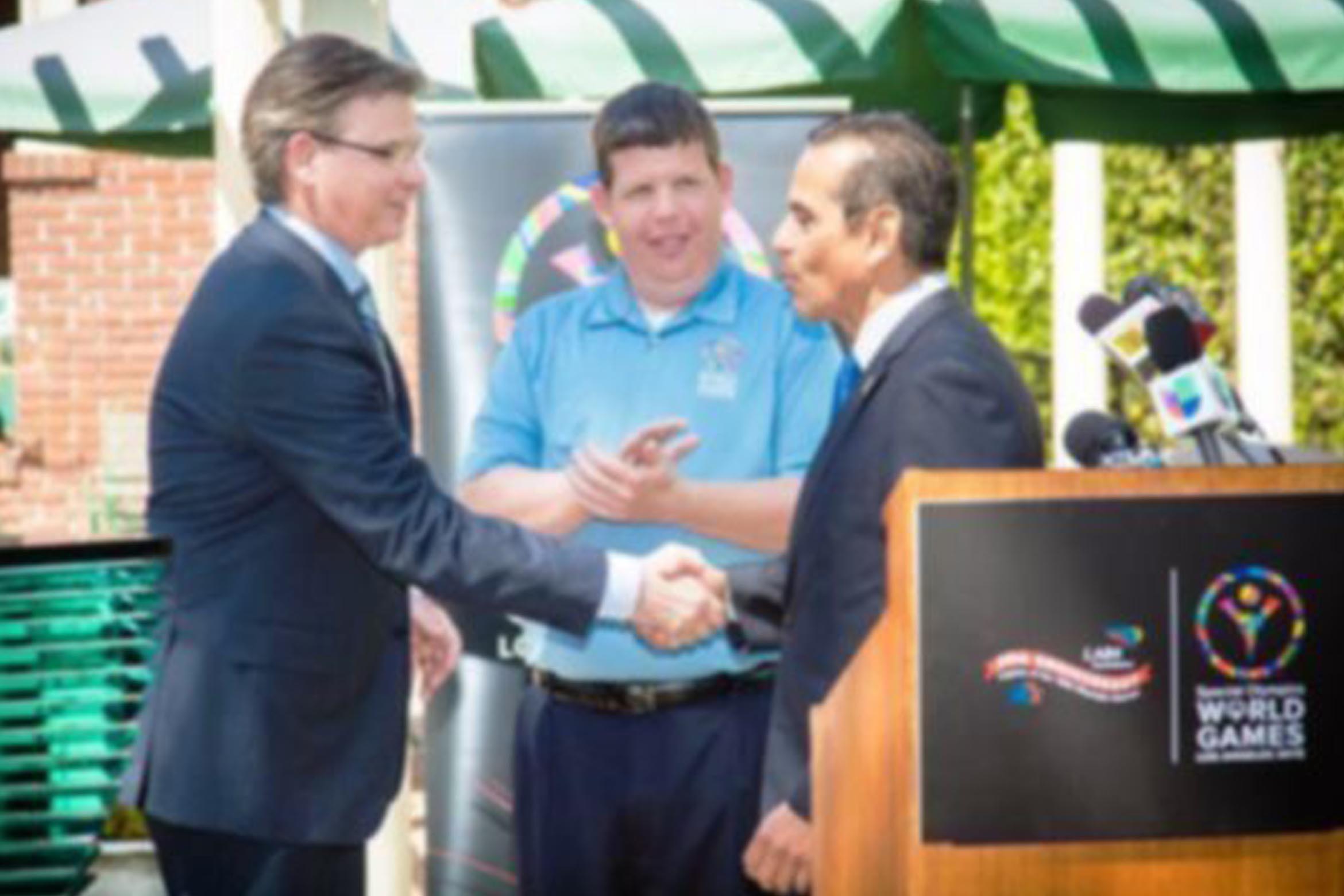 LOS ANGELES — When the late Eunice Kennedy Shriver founded the Special Olympics in 1968, she believed people with intellectual disabilities could change the world if given the proper stage.

This summer, another huge step toward that mission will be realized as the Special Olympics, now the world’s largest sports organization for people with intellectual disabilities, is poised to inspire a mass audience on its most far-reaching stage.

In a city powered by Hollywood stars, Special Olympians will take center stage Saturday through August 2. The World Summer Games, held every four years, will be the largest event in Los Angeles since the 1984 Olympic Games and one of the largest sports-and-humanitarian events anywhere in the world. Nearly 7,000 athletes and 3,000 coaches, representing 177 countries, will compete in 25 Olympic-style sports at venues throughout the Los Angeles region, including those on UCLA and USC’s campuses, downtown Los Angeles and water events in Long Beach.

“This will be the most inspirational event ever. That’s how big we’re shooting,” said Los Angeles World Games President and CEO Patrick McClenahan. “The fact that the World Games are back in the United States for the first time in 16 years is big, but the fact that it’s coming back to such a major market is even bigger. There’s no greater global stage than Los Angeles to create the awareness of acceptance and inclusion for people with intellectual disabilities.”

ESPN will provide live coverage of the Opening Ceremony along with nightly highlight reels.

“When people come in contact with our athletes or see our athletes perform, their perceptions change drastically,” McClenahan said. “The greatest thing we can do for those with intellectual disabilities is to change the hearts and minds of people without intellectual disabilities so that kids befriend them in school, employers realize their great value and hire them for jobs — those real life changing things.”

The Opening Ceremony at the Los Angeles Memorial Coliseum will feature musical performances by Stevie Wonder, Avril Lavigne, Nicole Scherzinger, O.A.R. and Cody Simpson, while the Closing Ceremony will be headlined by Carly Rae Jepsen. Appearances are scheduled from Jimmy Kimmel, Michael Phelps, and Yao Ming, among others.

First Lady Michelle Obama is expected to be in attendance to help celebrate the commencement of the Games.

“We have a lot to really present that wow factor, something to set the tone of the games,” said Mark Poncher, executive producer of 5 Currents, an organization that has helped put on 12 Olympic ceremonies, including the Opening Games at the Sochi and London Olympics. “Most of the musical artists are performing original songs for the Games. But we also try to show that this is about the athletes and why we’re here. It’s all about bringing the athletes, coaches, volunteers — everyone in LA and everyone watching on ESPN a memorable show.”

The World Summer Games began in 1975 and remained in the U.S. until 1999. The Special Olympics, which also offers Winter Games, provides a rare form of camaraderie that gives athletes a safe haven to thrive and develop their personal identity.

“As an athlete, it’s such a fun environment at the Special Olympics,” said Kimberly Jasmine Guillen, a 16-year old Special Olympics Global Messenger who goes by the nickname “Kimpossible.” Guillen has won 69 medals, competing in bowling and track and field. “I thought I was joining a team, but instead I realized that I joined a family. Every athlete is like a brother or sister to me. Ever since I joined Special Olympics, I never want to give up on anything.”

With five different flights of competition and athletes ranging from ages eight to 60-plus, there’s never a shortage of inspiring moments.

“Some athletes have a hard time finishing the 100-yard dash yet their effort and determination is incredibly moving,” McClenahan said. “Others you wonder what their disability might be because they’re a world-class athlete.”

All 25 Special Olympics Sports at the Los Angeles World Games:

Next ON THIS DAY