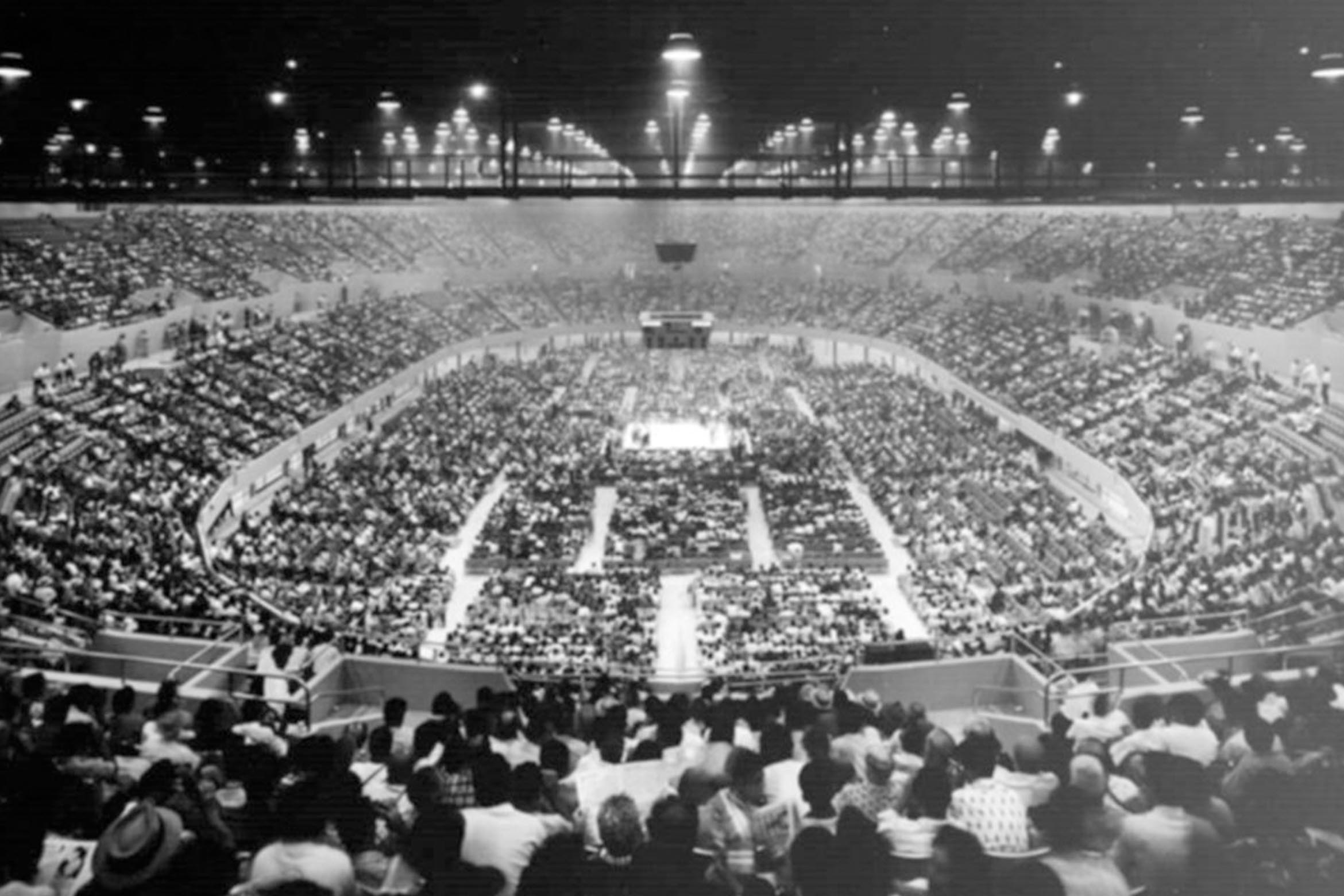 The Los Angeles Memorial Sports Arena opened its doors to the public in 1959 to host its first event featuring the bantamweight boxing title match between Mexico’s Jose Becerra and France’s Alphonse Halimi.

Jose Becerra (born April 15, 1936 in Guadalajara, Jalisco, Mexico) is a retired Mexican boxer who won the World Bantamweight Championship on July 8, 1959 in front of 15,110 spectators at the Sports Arena. In the eighth round Becerra delivered a left hook followed by a right that dropped bantamweight champion Halimi for the full count.

July 8, 2015 celebrates the Sports Arena’s 56 years of legendary entertainment and athletic competition. We take pleasure in remembering its first of many successful events with this action-packed and exciting profile on the World Bantamweight Champion, Jose Becerra, by Dan Cuoco: