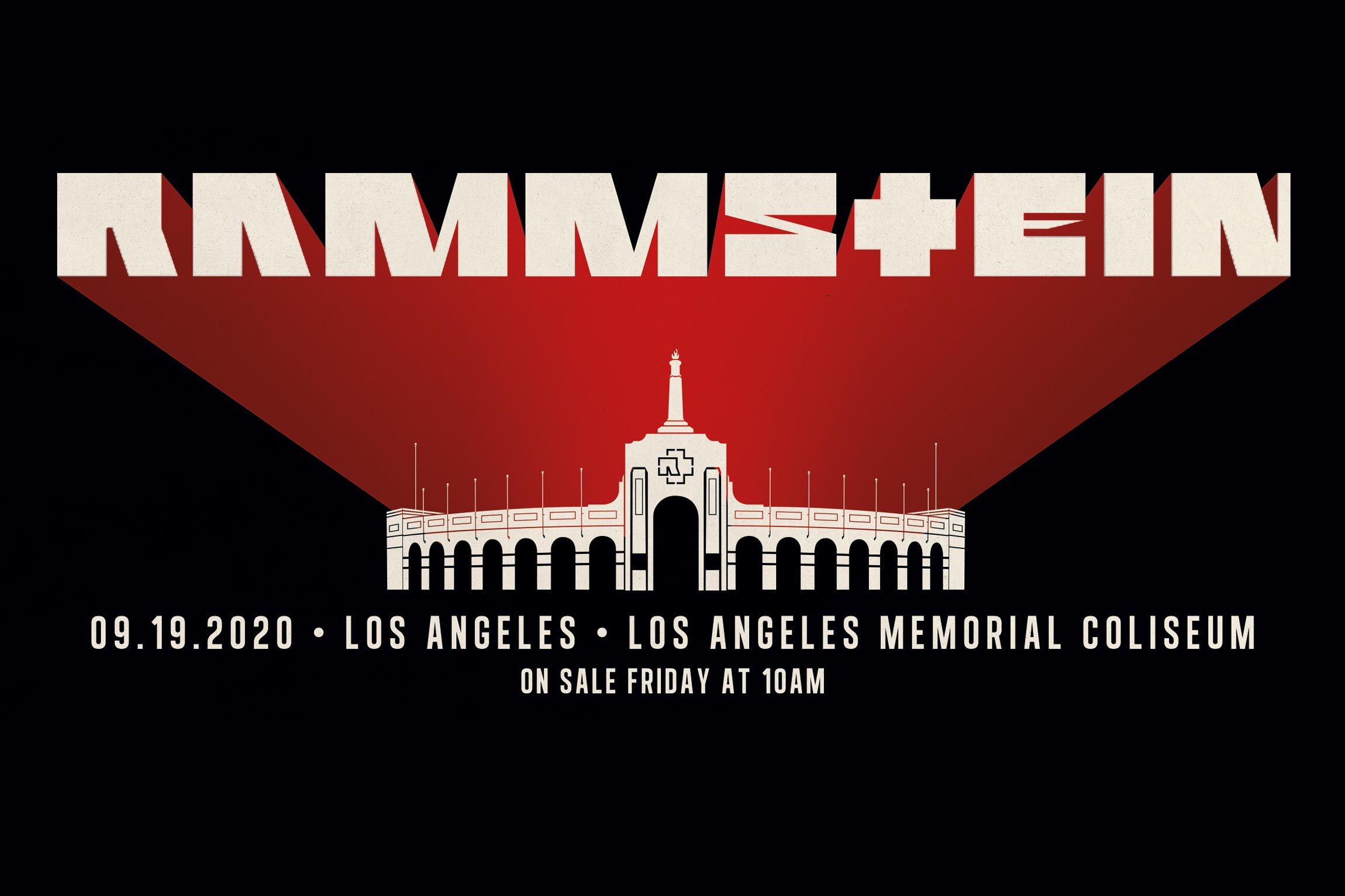 Tickets On Sale Friday, January 24 At 10am Local Time At Rammstein.Com

“If we define fun as the unknowing acceleration of time, then Rammstein’s particular brand of self-obliteration, in which time collapses entirely, is a guaranteed good time” —THE NEW YORKER

“Go for the fireballs, stay for the self-mythologizing and angst” —THE NEW YORK TIMES

“The commitment to excessive pyromania was epic stagecraft on a Wagnerian scale, several notches up from most arena rock. More important was that the six-piece band… wasn’t dependent on those fireworks but could have easily punished and soothed the senses to nearly the same effect with music alone.” —THE LOS ANGELES TIMES

This year will see the North American debut of the most extreme spectacle in live music, when RAMMSTEIN brings its full-scale stadium production to this continent for the first time ever. Rock n roll’s most ambitious pyro-theatrical experience will be on display for a series of 10 open-air dates beginning August 20 at Parc Jean-Drapeau in Montreal and setting eight U.S. stadiums ablaze before a final bonfire at Foro Sol in Mexico City on September 27. The tour is produced by AEG Presents. Rammstein will return to Los Angeles for the first time since 2011 when one of these 10 shows takes place on September 19 at the Los Angeles Memorial Coliseum. Tickets will be go sale to the public 10am local time Friday January 24. For further information, pre-sales, special packages etc., go to http://rammstein.com/.

The full itinerary for the tour, RAMMSTEIN’s most extensive series of N.A. shows since its 2011-2012 tour, is as follows:

RAMMSTEIN’s six-man lineup CHRISTOPH SCHNEIDER, FLAKE LORENZ, OLIVER RIEDEL, PAUL LANDERS, RICHARD Z. KRUSPE, and TILL LINDEMANN, has remained unchanged since the band’s 1994 formation and 1995 release of its debut album, HERZELEID. RAMMSTEIN’s second album, SEHNSUCHT, released in 1997, propelled the band to international fame and featured the GRAMMY-nominated single “DU HAST.” MUTTER, the third RAMMSTEIN album, was released in 2001 and was supported by what would be the band’s final U.S. tour for nearly a decade. REISE, REISE, the band’s fourth studio album, was released in 2004, preceded by the GRAMMY-nominated single “MEIN TEIL” and followed by fifth album ROSENROT in 2005. LIEBE IST FÜR ALLE DA, the sixth RAMMSTEIN studio album, was released in 2009 and reached #13 on the Billboard 200, making it RAMMSTEIN’s highest-charting album in the U.S. up to that point. LIFAD would be the first RAMMSTEIN album since 2001’s MUTTER to be supported by North American touring: On December 11, 2010, RAMMSTEIN played its first U.S. date in 10 years, a one-off headline at Madison Square Garden in New York City. The MSG show sold out in less than 20 minutes and was followed by extensive North American Tours in 2011 and 2012, which would sell out venues including the Forum in Los Angeles, Chicago’s Allstate Arena, the Bell Centre in Montreal and more. RAMMSTEIN made its debut on U.S. network television during the 2011 tour, performing “DU HAST” and “FEUER FREI!” on JIMMY KIMMEL LIVE!

RAMMSTEIN broke into the U.S. Top 10 for the first time with the May 17, 2019 release of its untitled seventh album, which entered at #9 on the Billboard 200. Produced by Olsen Involtini with RAMMSTEIN, the untitled record is comprised of 11 new RAMMSTEIN tracks including singles “AUSLANDER,” “RADIO” and “DEUTSCHLAND,” which have amassed combined streams and views exceeding 200 million. The release of the album was followed by the sold-out Europe Stadium Tour 2019, which ran May 17 through August 23, 2019.

Previous For All You Do We Are Blue

Next Los Angeles, this is your Coliseum