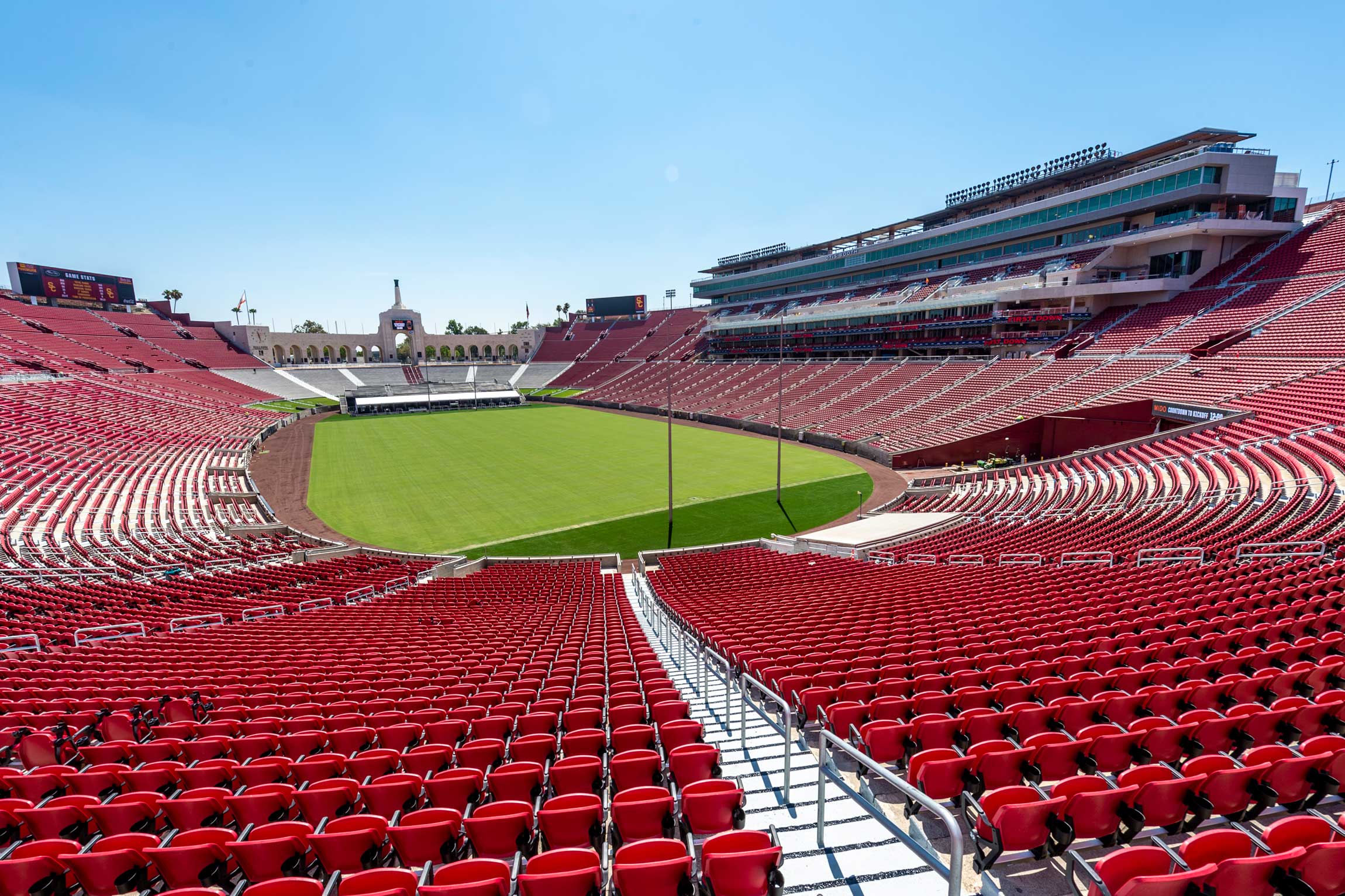 The $315-million renovation of United Airlines Field at the Los Angeles Memorial Coliseum has been completed, maintaining the public stadium’s historic elements as it approaches its second century while also transforming it into a world-class facility ready to host not only USC and Rams football but global events like the 2028 Olympics.

Among improvements that fans attending football games at the Coliseum in 2019 will enjoy:

Also, the home locker room was updated and modernized, including new lockers, flooring and graphics.

Earlier in the renovation, new videoboards and scoreboards and high-end LED lighting were installed and the sound system was modified.

The plaza at the peristyle is named the Julia and George Argyros Plaza, while the press box is the Otis Booth Press Box.

DLR Group designed the renovation, while the construction was a joint venture of Hathaway Dinwiddie and AECOM Hunt.

Many of the 2,600-plus union construction workers, including veterans, came from the local community, with more than two-thirds living in Los Angeles County. Small business owners, including those owned by women, veterans and minorities, earned contracts worth more than $40 million from the project.

More than 800,000 hours of labor went into the project. During the renovation, 46,000 cubic yards of dirt was exported, 470 truckloads of concrete was poured, 1,740 tons of rebar and 2,131 tons of structural steel was installed and 4,618 gallons of paint was applied.

The renovation was privately funded by USC and, under the guidance of the Los Angeles Conservancy, preserves the Coliseum’s historic nature. The renovated Coliseum is the crown jewel of the renaissance of Exposition Park, along with the new Banc of California Stadium and the under-construction Lucas Museum of Narrative Art.

Coliseum events provide part-time jobs for 1,700 people, many from the local community.

Under the direction of USC Sustainability, the Coliseum is a nationally-recognized Zero Waste facility, diverting more than 90 percent of refuse from landfills to recycling and composting.

Next Olympic History at the Coliseum