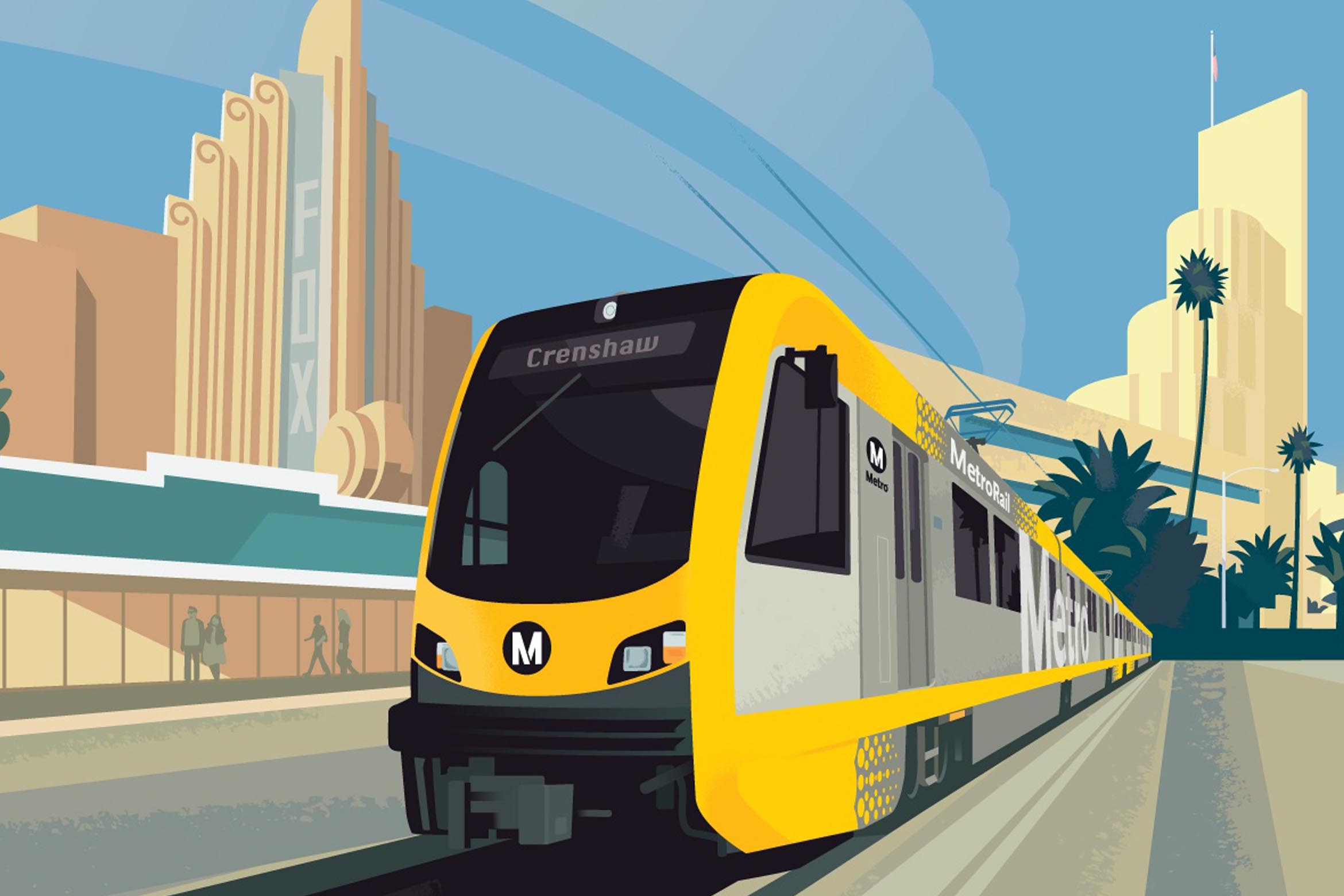 Go Metro to the L.A. Rams Fan Fest this August 6th at the Los Angeles Memorial Coliseum, and to all upcoming L.A. Rams preseason and regular season football games!

Los Angeles Rams fans are encouraged to use the Metro bus and rail system to get to the upcoming Rams Fan Fest this Saturday, Aug. 6 at the Los Angeles Memorial Coliseum, as well as to all upcoming Rams preseason and regular season football games.

To make travel more convenient for fans, Metro will add service to the Expo Line on game days to run every six minutes instead of every 12 minutes. The additional service will be offered two hours before and after the game.

The public is reminded to purchase a $3.50 round-trip fare at the beginning of trips to avoid lines when the games are over. Each person, including children over the age of 5, must have a valid TAP card and remember to tap before each boarding. In addition, when leaving the Coliseum, signage will be provided to direct those who are going toward Santa Monica to board at Expo Park/USC Station, and those going into downtown Los Angeles to board trains at Expo/Vermont Station.

Those fans coming from the San Gabriel Valley or the South Bay area can use the Metro Silver Line, with parking available at either Harbor Gateway Transit Center or El Monte Bus Station. Customers can exit at 37th Street/USC station along the I-110 Express Lanes and walk a few blocks to the Coliseum via Flower Street. Roundtrip fare on the Silver Line is just $5 and each person must have a valid TAP card to ride the Silver Line. TAP vending machines are available at both Harbor Gateway Transit Center and El Monte Bus Station.

For a safer environment and speedier entry, there is a new Coliseum clear bag policy this year. Fans are advised not to bring bags unless in a clear plastic see-through bag. Prohibited are all back packs, purses, fanny packs, camera cases, binocular cases, etc. You can find more details at Be Clear On Game Day Safety.

With the opening of the Gold Line extension to Azusa and the Expo Line Extension to Santa Monica earlier this year, Metro now operates 105 miles of Metro Rail throughout the county and fans are urged to use both Metro trains and buses to the Coliseum. For specific routes and schedule information visit Metro.net.

The Los Angeles County Metropolitan Transportation Authority (Metro) is unique among the nation’s transportation agencies. Created in 1993, Metro is a multi-modal transportation agency that transports about 1.4 million passengers daily on a fleet of 2,200 clean air buses and six rail lines. The agency also oversees bus, rail, highway and other mobility-related building projects and leads transportation planning and programming for Los Angeles County. Through its oversight of one of the largest public works programs in America, Metro is changing the urban landscape of one of the country’s largest, most populous counties.

Stay informed by following Metro on The Source and El Pasajero at Metro.net.

Previous $1B George Lucas Museum To Be Built In Exposition Park

Next 18th Annual Back to School Festival July 23