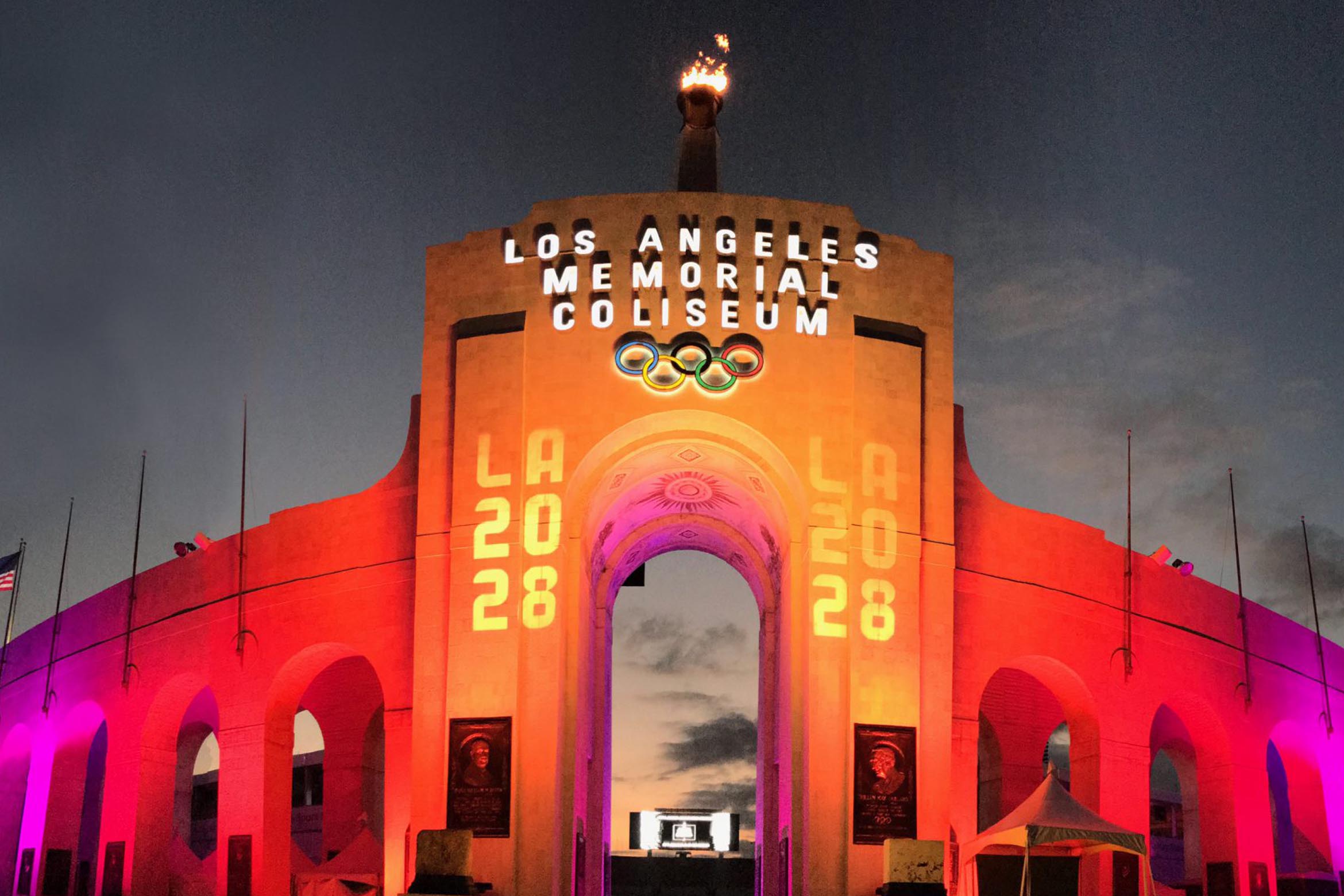 On September 13th, 2017, we made history. The Los Angeles Memorial Coliseum is now a three-time host of the Summer Olympics, having been awarded, along with the City of Los Angeles, the 2028 Summer Olympic Games. The world will once again be watching the best athletes from countries all over the globe compete for the gold inside “The Greatest Stadium in the World!”

The Los Angeles Memorial Coliseum, a living memorial to all who served in the U.S. Armed Forces during World War I, has been a civic treasure for generations of Angelenos. The legacy of events and individuals hosted in nine-plus-decades reads like no other: the only venue to host two Summer Olympics (Xth Olympiad in 1932, XXIIIrd Olympiad in 1984) and soon a third (XXXIVth Olympiad in 2028); home to college football’s USC Trojans since 1923 and the UCLA Bruins (1928-1981); professional football’s Los Angeles Rams (1946-1979 and 2016-2019), Raiders (1982-1994) and Chargers (1960); hosting three NFL Championships and two Super Bowls; home to the Los Angeles Dodgers (1958-1960) and the 1959 World Series; appearances by US Presidents Franklin D Roosevelt, Dwight Eisenhower, John F. Kennedy, Lyndon Johnson and Ronald Reagan and international dignitaries such as Martin Luther King, Jr., Cesar Chavez, Pope John Paul II and Nelson Mandela. From Mick Jagger, to the Harlem Globetrotters…from the Grateful Dead to Billy Graham, Evel Knievel and Pele, the Memorial Coliseum, named a National and California Historic Landmark in 1984, has been the stage for the unbelievable, the unforgettable, the iconic and the best in human endeavor and achievement.

Thank you to the many entities who worked together to make this a reality. We celebrate and share this historical moment with you!

Previous A Look Back in Time: LA Coliseum

Next Danny Trejo at "The Greatest Stadium in the World"